Kate Moss' wedding is set to look like an art exhibition because the model has invited British artist Tracey Emin to put her wacky works of art on display during the big day. 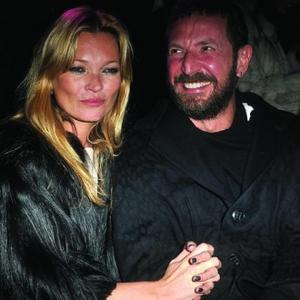 Kate Moss' wedding is to be part of an art exhibition.

The 37-year-old supermodel and fiance Jamie Hince have reportedly told pal Tracey Emin - known for her controversial installations such as 'My Bed', which depicted her own unmade sleeping space surrounded by cigarette butts and empty bottles - to display her work at the reception to celebrate their nuptials.

An insider said: "Kate has agreed that Tracey will put her unusual artistic stamp all over the wedding - with no holds barred.

"She's given Tracey permission to put her artwork up wherever she sees fit. So let's hope the guests are watching the bride rather than some of the limelight-stealing pieces that will be displayed.

"Tracey has so far been working on sculptures of the happy couple in preparation for the ceremony. She is hoping they could become like a sequel to 'My Bed'."

Kate and Jamie - who got engaged last month - are said to have asked Tracey to exhibit at their wedding after being delighted with a recent gift she gave them, a giant neon heart which flashes red with the word 'love' inside.

The source added to the Daily Star newspaper: "They like it so much they have installed it in the grounds of their Cotswolds home. It's unlikely Kate will be disappointed with Tracey's work."