Kate Moss will be presented with the Special Recognition award at the British Fashion Awards to acknowledge her contribution to the fashion industry. 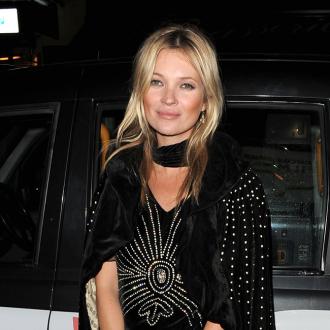 Kate Moss will be given a Special Recognition award at the British Fashion Awards next week.

The 39-year-old supermodel - who was discovered at the age of 14 in 1988 by Sarah Doukas, the founder of Storm Model Management - will be acknowledged for her exceptional contribution to the fashion industry over the course of her 25-year career.

Kate is set to be honored at the annual ceremony on December 2 hosted at the London Coliseum by comedian Jack Whitehall, who is replacing David Walliams after he was forced to step down following issues with his health.

The blonde beauty was recently confirmed to pose nude for the cover of Playboy magazine's 60th anniversary edition and the publication's editorial director, Jimmy Jellinek, thinks she is today's version of Marilyn Monroe - who began her career as a model and was catapulted into the spotlight as a film star, becoming major sex symbol in the 50s and 60s.

He said: ''This is a massive global brand. You need a global icon in order to celebrate that - that was the impetus.

''This creates a heat for the brand globally. It started with Marilyn Monroe on the cover of Playboy 60 years ago, an icon for her time. Now we've got Kate Moss!''