Kate Moss is being lined up for a role in the 'Absolutely Fabulous' spin-off film. 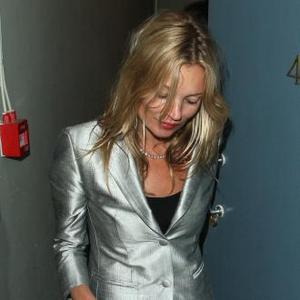 Kate Moss could be set to make her movie debut.

The British supermodel made a cameo appearance in an 'Absolutely Fabulous' special charity episode for Sport Relief and show creator Jennifer Saunders enjoyed working with her so much, she now wants her to appear in the forthcoming spin-off film.

She told Closer magazine: ''Kate got on so well with the team, we'd love to work with her again.

''I'm currently writing the movie, so watch this space.''

Jennifer previously admitted that Kate was very easy to work with.

She said: ''Kate's great, she's lovely. She behaved so nicely and was such a sweet person. She didn't have any tantrums or any airs or graces. There was no nonsense.''

''We've done stuff with Kate before and she's been wonderful so it was great to work with her again. She's really good, she's really professional and she looks amazing.

''She comes in, lets The Hair and make-up people do whatever they want, she isn't precious about her appearance at all but I suppose when you look like that you don't need to. You can put anything on her face and she'll look good. She is honestly probably the least precious person we've had on. I suppose because she doesn't have all those hang ups about her looks like other people. She just threw herself into it and was wonderful.''