Kate Moss has been diagnosed with a nerve disorder after experiencing paralysis in her right arm. 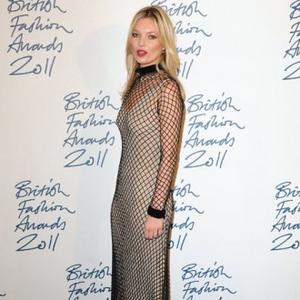 Kate Moss is suffering from temporary paralysis in her right arm.

The supermodel has been diagnosed with a nerve disorder after waking up in the Ritz hotel in Paris, France, last weekend unable to move the limb.

A source told the Mail on Sunday newspaper: "Kate was at the Ritz when she woke and had no feeling in her arm, which was terrifying. She saw the hotel's doctor and when she came back, she got a second opinion.

"She has told her friends she has ulnar nerve entrapment, a Common disorder that can result in a temporary paralysis.

"Her hand is not paralysed or injured in any permanent way."

The news came as a blow to Kate - who has nine-year-old daughter Lila Grace with former boyfriend Jefferson Hack - as she and husband Jamie Hince are preparing to move into a new £7.25 million home in Highgate, north London.

The source added: "Jamie will do most of the unpacking as Kate has been in a lot of pain. She was told the condition could take months to heal. She has told all her friends about her hospital drama."