Kate Moss set Pete Doherty's beloved teddy bear on fire when they split up and once hit him on the head with a guitar while he was sleeping. 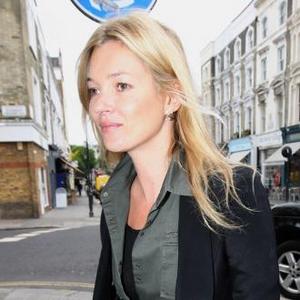 The British supermodel - who dated the rocker on-and-off between 2005 and 2007 - left the Babyshambles singer devastated when she destroyed his favourite childhood toy, Pandy, when they separated for good.

He said: ''I had Pandy with me always, everywhere I went. And when we split up, Kate burnt it.

''The way that it ended with her was completely apocalyptic. It was horrible - burnt teddy bears, broken hearts, it's as bad as it gets.''

Despite his sadness, Pete insists burning his bear wasn't the worst thing Kate - who is now married to Jamie Hince - did to him.

He explained to the Daily Mirror newspaper: ''The worst thing she did was pretty bad - smashing a guitar over your head when asleep.''

The 'What Katie Did' hitmaker recently claimed the supermodel still calls him when she is drunk.

He said: ''She wants to get drunk and call me to talk s**t. That's fine but I wouldn't be able to do that to her. Anyway, she's married.

''I've listened to her [on voicemail]. A couple of times she's got drunk and called me and had been a bit silly. But she's a happily married woman, why does she want to speak to me?