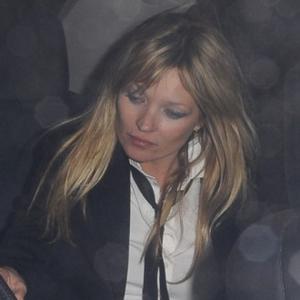 The supermodel's fiance Jamie Hince reportedly spent months trying to find an original diamond ring worn by Zelda - the wife of writer F. Scott Fitzgerald who was famous for her hedonistic lifestyle and died in 1948 - but in the end had to resort to having a copy made.

The 37-year-old catwalk beauty - who was spotted wearing the band at a London concert this week - especially loves The Ring because of its connection to her and Jamie's favourite book 'The Beautiful And The Damned', which was written by Zelda's husband.

A source told The Sun newspaper: "Jamie went to great lengths to bowl Kate over with the ring. It couldn't be any old sparkler, and he knows how fascinated she is by Zelda."

It has also been revealed that Kate may choose to wed her Kills rocker fiance in Paris, France, where the Fitzgeralds lived and have a 1920s theme.

The source added: "The big 'kapow' moment between them happened in Paris. They see it as their place.

"She knows Zelda spent a lot of time there and, in the spirit of the ring, Kate is talking about having the whole wedding themed around the 1920s. She wants a vintage gown and that will avoid offending anyone by picking one particular designer."

Meanwhile, Kate and her friend Lily Allen - who is engaged to her partner Sam Cooper - reportedly had a mix-up about the date for their respective hen parties.

The two stars were planning to hold their bashes to celebrate their final days as single ladies on the same night, but Lily decided to rearrange her plans so Kate could go ahead with her Celebration.

A source told the Daily Star newspaper: "Kate and Lily both originally wanted the same weekend to celebrate, the last weekend in May. Luckily, the girls thought it was funny and typical of their planning.

"They've been friends for a while and obviously have stacks of mutual pals so both were anxious that their special nights didn't coincide.

"Lily offered to rearrange her plans around Kate and they both had a real laugh about it."