Kate Moss wedding to Jamie Hince will be like a ''small festival'' lasting ''for days'', according to reports. 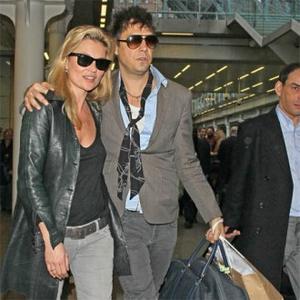 Kate Moss' wedding to Jamie Hince will be like a "small festival".

The supermodel - who is set to marry The Kills rocker in a ceremony in Oxfordshire, South East England, on July 2 - is planning for her nuptials to last for days and has spared "no expense" in preparing for the ceremony and celebrations.

A source told The Sun newspaper: "Kate wants it to be a party to remember and like a small festival.

"She doesn't want her guests to leave for days so she's making sure there I plenty of food and entertainment. It's a no-expense spared do - thought most of her budget will probably go on alcohol."

However, the 37-year-old catwalk beauty has had to change some of her plans as the original church in Budford where she wanted to get wed is not big enough to fit in all of her guests.

Three bands are to play at the reception to be held at her Oxfordshire home, while additional music will be provided by DJ Kevin O'Leary.

Kate's hen party is expected to be held next month at the Isle of Wight Festival, which is being headlined by the Kings Of Leon, Foo Fighters and Kasabian.