Kate Moss has reportedly not seen her husband Jamie Hince - who she wed in 2011 - for ''several weeks''. 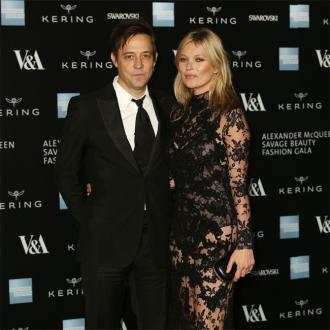 Kate Moss has reportedly not seen her husband for ''several weeks''.

The 41-year-old supermodel is believed to be going through a rough patch with Jamie Hince, who is said to be spending time with model Lady Mary Charteris and her husband Robbie Furze.

A source said: ''Kate does not like Lady Mary at all and the feeling is mutual. When they have met at functions, Mary has called her 'Croydon Kate' to her face.

''Jamie has spent time at Mary and Robbie's place in London, despite the fact he has a marital home with Kate a few miles away. Things are so bad that they have been avoiding being at their place at the same time. They have not seen each other for several weeks.''

And Kate has reportedly had a ''blazing row'' with the musician, who she wed in 2011.

Another source added: ''There have been arguments and jealousy, although nothing is going on with either of them. They both seem interested in different things.

''There was a blazing row. Jamie has been saying he's worried he has wasted the last eight years.''

And with Jamie ready to head out on a tour, pals are said to be worried about the couple's commitment.

An insider told The Sun newspaper: ''Jamie is committed to the band and if Kate does not go out to see him that will be a really bad sign.''