Kate Moss started throwing bread rolls at Enrique Iglesias after he serenaded her during one of his songs at Sir Philip Green's luxurious birthday bash in Mexico. 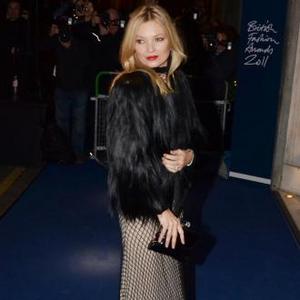 Kate Moss started throwing bread rolls at Enrique Iglesias after he serenaded her during one of his songs.

The heartthrob singer was performing at Sir Philip Green's 60th birthday Celebration in Mexico and during his romantic tune 'Hero', Enrique decided to show his affection for the British supermodel, who was one of the guests.

After she jokingly told Enrique - who is dating Tennis star Anna Kournikova - to ''get the f**k away from me'', he said to her: ''Kate Moss. I used to have the ­biggest crush on you when I was a kid; be nice. I had your poster on my wall.''

However, Kate - who is married to rocker Jamie Hince - wasn't impressed and started throwing things at him from her table, much to her friends' delight.

A source told the Sunday Mirror newspaper: ''She thought it was hilarious ­because he wasn't ­expecting her to react like she did. She threw the water first, then a few bread rolls and ­napkins. It was highly ­amusing and everybody was ­howling with ­laughter.

''She couldn't believe how lame he was and literally couldn't stop laughing as she did it. Her cackle was ­echoing around the room and everybody was watching with their mouths open as Kate threw whatever she could get her hands on at him.''

Fortunately, Enrique saw the funny side of things and laughed along with the other guests.

The source added: ''He saw that it was quite amusing. He's still a huge fan of Kate's and found it funny. He knew there had been more than a few drinkies throughout the night.''

Other guests at the luxurious bash for the British businessman included Naomi Campbell, Gwyneth Paltrow and Kate Hudson.