Kate Moss' husband Jamie Hince is reportedly splashing out on an apartment in Paris as a 40th birthday gift for the supermodel. 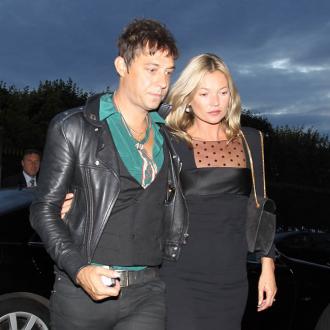 Kate Moss' husband is buying her a Parisian apartment.

The Kills frontman Jamie Hince is planning to surprise the supermodel with the lavish gift for her 40th birthday on Thursday (16.01.14) and has told friends that he is willing to spend whatever it takes to find a French property that she will like.

A source said: ''He knows Kate has always loved Paris. He told friends he wanted to get her a little artist's-style pied-à-terre for around £250k. But he'll spend as much as he can to make her happy.''

Jamie got the idea for the gift from Kate's birthday party plans.

The British beauty and her friends including One Direction singer Harry Styles, actress Sadie Frost, DJ Nick Grimshaw, artist Jake Chapman and party planner Fran Cutler are flying out to Sir Richard Branson's Necker island in the British Virgin Islands for a bash in the theme of Marie Antoinette - who famously said of her poor subjects ''Let them eat cake'' - and the French court in the late 18th century.

A source told the Daily Star newspaper: ''Kate is very excited about the theme. She has a big powder blue wig and will tell guests to ''eat cake'' as the French queen did.''

While Kate is likely to be delighted by her birthday gift, she will be hoping for more luck than she had with her last property purchase, a house in north London.

Two months after she moved in with Jamie and her 13-year-old daughter Lila - whose father is Kate's former boyfriend Jefferson Hack - it was found to be riddled with damp.

A source said at the time: ''It's an amazing olde worlde house, which is why Kate fell in love with it in the first place, but it has a serious damp problem in the basement.''

She was then plagued by building noise from a 65-room property , which was erected at the bottom of her garden.

A source said: ''The noise is constant. She just can't block it out.''