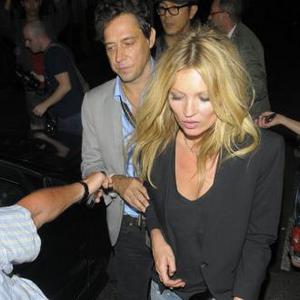 Kate Moss' new home is turning into a disaster zone after becoming riddled with damp.

The model, 38, and her rocker husband Jamie Hince, 42, only moved into five-bedroom £8million mansion in Highgate, north London, two months ago.

Kate's friend told the Daily Star: ''It's an amazing olde worlde house, which is why Kate fell in love with it in the first place, but it has a serious damp problem in the basement.

''It's being made so much worse by the constant rain we've had over the last few weeks and Kate is really freaking out.''

They continued: ''She spent millions on what she hoped would be the perfect home for her, Jamie and Lila Grace but it's turning into a nightmare for them all rather than a fairytale. The damp has risen into the butler's kitchen and you can smell it in the main kitchen as well.''

''The main kitchen is tiny, only a galley kitchen, so the smell really lingers. There's not been a lot of cooking going on in there because of it and Kate is fuming.''

This isn't the first time she has been the victim of a foul stench in her home.

The source said: ''The kitchen of Kate's last house flooded with sewage and needed a £100,000 makeover.

Now just a year later she is plagued with the same thing. She's convinced she's jinxed and is really flipping out.''