Kate Moss has revealed that she has kept her iconic 'Playboy' bunny costume which she posed in for the magazine's 60th anniversary, because she is such a fan of dressing up. 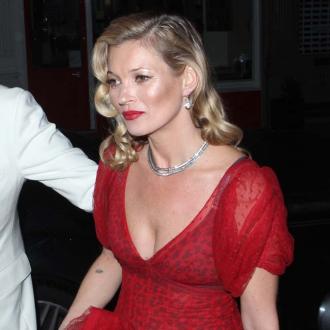 The 40-year-old supermodel appeared in the iconic outfit to celebrate the magazine's 60th anniversary in the January/February 2014 issue and has revealed that she still has the revealing get-up.

Discussing the slinky costume, she said: ''It's amazing. It's the same woman that's been making them for the last 60 years, it's ridiculous. She's been there for ever and they're incredibly made.''

The mother-of-one, who married singer-songwriter Jamie Hince in 2011, decided to keep the outfit because of her passion for dressing up.

The star recently mimicked her friend and fellow model Cara Delevingne for Halloween, but said she prefers to get into saucy clothing that shows off a bit of flesh when at parties, despite the fact that her male friends are usually reluctant to join in.

In a conversation with British Vogue, she said: ''Every party I have is usually an excuse to get a bit of a show girl outfit on. I love dressing up.

''Some of the boys don't like it so much, whenever I tell them there's a theme they're like 'oh no!'''