Kate Moss used to offer her fellow supermodels style tips - until her friends realised only she could pull off some of her more adventurous looks. 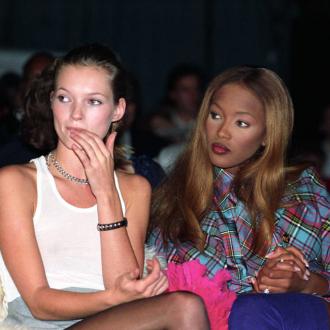 The star was always her fellow supermodel friends' go-to girl for fashion tips during their early modelling days, but Naomi quickly realised there were some looks no one except for Kate could pull off.

Writing in a special piece for the London Evening Standard to mark Kate's 40th birthday yesterday (16.01.14), the straight-talking star revealed: ''We were like sisters. Kate was cool, stylish. She'd sometimes tell us how to dress - 'You need to be a bit more funky and downbeat,' she'd say.

''On her advice I once wore Adidas sneakers with a Galliano dress, which in retrospect was an appalling faux pas. I realised that Kate Moss could get away with things that the rest of us couldn't.''

The 43-year-old bombshell first met Kate in Los Angeles when the budding model was just 15, and quickly took her under her wing with fellow catwalk queen Christy Turlington.

Naomi said: ''I was lucky enough to have met Christy Turlington already, and then I took Kate under my wing and we became a three. Christy and I showed Kate the ropes. If we knew a designer was a certain way we'd explain it to her, we'd tell her how people worked and what to look out for.

''We'd share everything. We worked so hard in those days, and then in the evening we would go out, for dinner, to concerts.''