Kate Moss' First Ever Photo Shoots Go Up For Auction 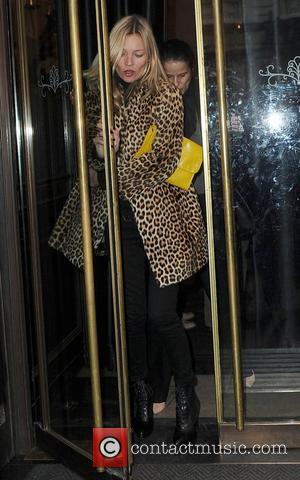 The stills from Kate Moss' very first sitting are to be auctioned off at the end of the month, with the still expected to raise up to £1,200 when they go under the hammer.

The images of the future supermodel were taken over two decades ago in 1988 when Moss was only a fourteen-year-old school girl, and are thought to be from her first modelling shoot. Even at fourteen, you can already see the steely gaze and immaculate bone structure that has served Moss so well in her modelling career, despite her young age.

They were taken by professional photographer David Ross only a short while after she was spotted by a talent agency when at an airport. The stills, which go up on sale on November 23, are expected to fetch between £800 to £1,200. Sarah Wheeler, photographs specialist at Bloomsbury Auctions where the photos will be auctioned off, said: "We are thrilled to be auctioning these very first professional photographs of Kate Moss, aged just 14. She already shows early promise - her fantastic bone structure is a gift for a photographer, combined with her youthful innocence and instinct for the camera."

Also going up for auction on the night are five unused snaps from the Beatles' Abbey Road cover shoot.