Police escorted Kate Moss from a plane when she arrived into the UK from Turkey because she had allegedly been ''disruptive'' on the flight. 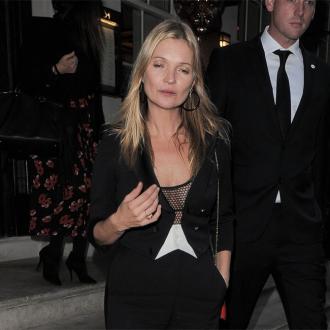 Kate Moss has been escorted from a plane for being ''disruptive''.

The 41-year-old supermodel was met by police when the EasyJet flight she was travelling on from Bodrum, Turkey - where she had been celebrating friend Sadie Frost's forthcoming 50th birthday - arrived into Luton airport this afternoon (07.06.15), but she was not arrested and no formal complaints were made against her.

A Bedfordshire Police spokesman said: ''We were called to assist staff in escorting a passenger from a flight arriving into Luton airport this afternoon.

''The passenger had been reported as being disruptive on the flight.

''Officers attended and escorted the passenger from the plane. No formal complaints were made against her and she was not arrested.''

A spokesperson for the budget airline confirmed police had been called due to the ''behaviour'' of one of the passengers.

They said: ''EasyJet can confirm that police met flight EZY2232 from Bodrum to London Luton today due to the behaviour of a passenger onboard.

''EasyJet does not tolerate disruptive behaviour and will always report any incidents to the authorities''.

A representative for the British beauty - who is married to rocker Jamie Hince and has a 12-year-old daughter, Lila, from a previous relationship - has yet to comment on the incident.