Kate Moss' ex-boyfriend Jefferson Hack is reportedly acting as her ''emotional lawyer'' amidst rumours her marriage to Jamie Hince is on the rocks. 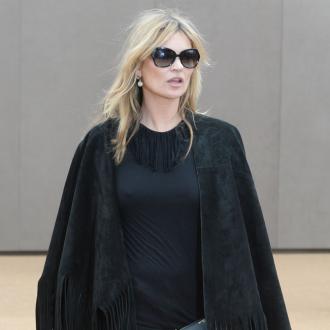 Kate Moss' ex-boyfriend is acting as her ''emotional lawyer''.

The 41-year-old supermodel recently took a break in Canada with Jefferson Hack and their 13-year-old daughter Lila and friends say the publisher is her main confidante amid her marriage problems with Jamie Hince.

A source said: ''The reason Jefferson swooped in to take Kate away is that he is her failsafe go-to for advice. She calls him her 'emotional lawyer' and he does on her.

''As he is a great friend of Jamie's, Kate has been relying on him to tell her what Jamie might be thinking. He seems well-placed to help her see things from a man's perspective.

''Most importantly, Kate knows that Jefferson has her back. Other friends are also concerned she needs to slow down, take a step back and look at the situation with a clear head.''

The couple are said to have reached a ''stalemate'' in their problems and neither seems willing to tackle their issues, especially with Jamie away on tour.

The source said: ''Kate seems overwhelmed. Everything has come to a head and it appears she has no idea what to do. Jamie is being very non-confrontational which is actually making things harder because Kate doesn't do humility.

''She doesn't seem to want to face their problems head on and it means they've reached a stalemate. Kate feels that it is up to Jamie to make the first move to make amends, but he is showing no sign of doing so.''

And despite claims their marriage is over, friends haven't ruled out a reconciliation.

The insider told Grazia magazine: ''At the moment things seem very bleak, but nothing is final and they are both still wearing their rings.

''It seems that while they are in different countries things will remain in flux.''