Kate Moss used to dress her brother up as girl because she didn't have a sister she could do fashion experiments with. 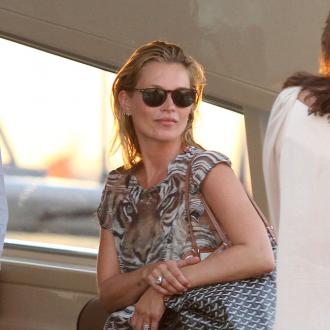 Kate Moss used to dress her brother up as girl.

The 38-year-old supermodel says she's always been into fashion and as she didn't have a sister, she used to put her sibling Nick in her clothes and call him Sylvia.

She said: ''I definitely liked clothes. I used to dress my brother up in looks, as girls. His name was Sylvia. I used to dress him up and make him come to the door and knock and say, 'Is Kate coming out?' to my mum. I've got a picture of him. He had a beauty spot, fake boobs, and everything - very Liz Taylor. My brother didn't mind. He found the picture and framed it for me. 'Kate, Love always, Sylvia.' ''

While Kate - who has 10-year-old daughter Lila Grace from a previous relationship and is married to Jamie Hince - enjoyed her childhood she says she always knew she wanted to get out of hometown Croydon, south London.

She told Vanity Fair magazine: ''My brother still lives near there and he doesn't really go to pubs there, it's so rough. But it was quite fun growing up there because it is so rough. There's street stuff going on. Everyone used to hang out in parks and have fights and go to the cinema and have fights. Bit of fight culture in Croydon. I don't mind a fight. What I wanted to get out of was the whole thing of, this is it. This is what life is. I never had that feeling of, that's your lot.''