Kate Moss has become obsessed with cooking for her fiance Jamie Hince and the famously skinny supermodel has even put on some weight because she can't resist trying out her own recipes. 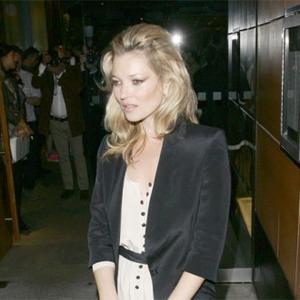 The supermodel has decided to put her partying ways behind her to settle down to a life of domestic bliss, beginning with learning how to create vegan meals for fiance Jamie Hince - who she is set to marry in July.

A source said: "She's been saying, 'If people could see me now. Whatever happened to wild Kate?' But Jamie loves this side of her."

Super-slim Kate has even started putting on weight because she can't resist trying out her own recipes after daughter Lila Grace, eight, bought her a cook book.

The source added to the Daily Star newspaper: "Kate loves being in the kitchen ever since her daughter Lila Grace gave her a new cook book.

"She's started really enjoying her food again and has even put on weight for the first time in ages. She looks better for it."

This is not Kate's first foray into food, last year she became obsessed with making jam after perfecting her own recipes at her country estate in the Cotswolds and even hoped to launch her own business.

A pal said at the time: "Kate bought a load of expensive equipment because she's always been keen on the idea of making jam.

"She has so much fruit on her land she wanted to put it to good use.

"It started as a hobby, but she's taking it a lot more seriously after glowing feedback from friends and family. She's hoping her plum conserve will be a hit with the public."