Kate Moss found it a ''nightmare'' to get over Johnny Depp when their relationship ended in the 90s and spent years crying over him. 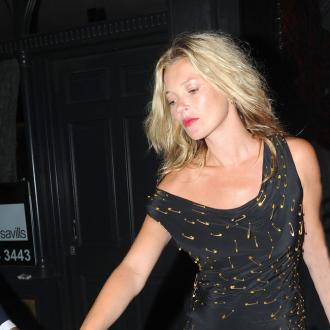 Kate Moss cried for ''years and years'' over Johnny Depp.

The British supermodel was left heartbroken and spiralled out of control when her four-year relationship with the 'Pirates of the Caribbean' actor came to an end because he was the only man she had ever trusted to look after her.

Kate told Vanity Fair magazine: ''There's nobody that's ever really been able to take care of me. Johnny did for a bit. I believed what he said. Like if I said, 'What do I do?', he'd tell me.

''And that's what I missed when I left. I really lost that gauge of somebody I could trust. Nightmare. Years and years of crying. Oh, the tears!''

The star split from Johnny in 1998 is now happily married to The Kills rocker Jamie Hince, but she will never forget the advice her former flame gave her about dealing with the pressures of fame.

Kate confessed: ''I was lucky to be with Johnny ... he taught me a lot about fame. He told me, 'Never complain, never explain'.

''That's why I don't use twitter and things like that. I don't want people to know what is true all the time and that's what keeps the mystery.''

The blonde beauty also denied any intention of deliberately pioneering the ''heroin chic'' look that was popular at the time.

She said: ''I had never even taken heroin. I was thin because I was doing shows, working really hard.''