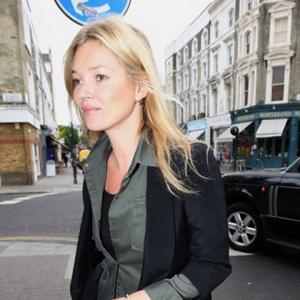 Kate Moss "destroyed" all of Pete Doherty's possessions when they split - apart from several elephant statues they bought together.

The former Libertines rocker was in a turbulent relationship with the supermodel from January 2005 to July 2007 and when they finally separated for good, Kate angrily ruined his things.

However, she couldn't bring herself to smash the model animals and Pete is considering sending them to her and her new husband Jamie Hince as a belated wedding present.

In an interview with The Independent newspaper, he said: "Kate used to collect elephants, so I'd buy them for her wherever I went. When we split up she destroyed all my stuff, but she didn't destroy my elephants. Because I couldn't get over her for a while I just kept buying elephants and now I've got a huge elephant collection for sale. I might post them anonymously to her as a wedding present."

The 'Can't Stand Me Now' singer - who has started a new career as an artist - admits there are a lot of things he regrets about his relationship with Kate and accepts he was "unhinged" during their romance because of the amount of DRUGS he was taking.

But Pete - who was hooked on crack cocaine and heroin - did not consider getting clean for the catwalk beauty because she knew he was an addict when she started dating him.

Recalling his life with Kate - who was videoed allegedly snorting cocaine in a recording studio with Pete during their relationship - he said: "I was a bit unhinged at that time. The drugs. The thing is, she knew from day one when we began our relationship that I was using very heavily. She knew that. So, you can't suddenly turn around and say, 'You've got to stop all that.' I do have regrets about Kate ... but I'd only talk to a highly skilled doctor about them, with large amounts of morphine and a hypnotherapist. And a small monkey."