Kate Moss Causes Controversy Over "Dressing Like A Wife" Comments 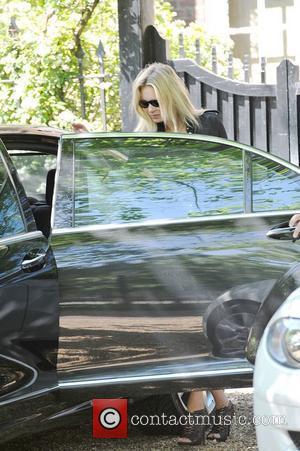 Kate Moss ' comments about dressing "like a wife" in a recent interview with Grazia seem to have hit a nerve with actual single mothers, the model having said that her husband Jamie Hince "would go mental if I started dressing like a wife! He likes me when I'm a rock n roll kind of a girl."
These comments evidently weren't meant to provoke much of a reaction but they have, with people writing in to complain about the generalising term. One particular reader of Wales Online commented "Women in their 30s dress like women years ago dressed in their 20s and we dress differently from how our parents did. I've never once thought that now I'm married I should 'tone things down', why should I?"
One commenter on Twitter meanwhile pointed out irony of Moss saying she wouldn't dress like a wife to please her husband. "Kate Moss on cover of today's Grazialive: I'll never dress like a wife. why? because, uh, her husband 'would go mental'. Ahem." Another meanwhile said "Kate moss has said shell never look like a typical wife - did you change your clothes your food your hair when you got married?" She'll be facing more controversy too no doubt, as it was widely reported that in the same interview she'd accused the Brits of poor fashion sense in the summer.