Supermodels Kate Moss and Cara Delevingne enjoy a night out together in London.

Cara Delevingne has often been dubbed ‘the new Kate Moss’, so it’s nice to see that the real Kate Moss doesn’t bare a grudge. Kate, at 40, is still one of the world’s most famous supermodels and probably feels quite secure in her position, seeing as it was only a few months ago, back in June 2013, that she featured on her last Vogue cover. It certainly doesn’t look like the Kate Moss hype will be dying down anytime soon, that’s for sure.

Cara may be the new girl on the block in terms of Kate’s 20 year long career, but the young model has already made quite a name for herself. You’ll barely find an ad campaign in a high fashion magazine that doesn’t feature the 21 year old model and it’s recently been confirmed that she is working on a secret ‘creative project’ with fashion power house, Mulberry. Queen Cara, as she has been labelled by her dedicated fans, also constantly sets tongues wagging with her hard partying antics and rumoured relationships, including her past liaison with One Directions’ Harry Styles and her current friendship with actress, Michelle Rodriguez.

Last year Cara admitted that she often asks Kate for advice, including skincare advice, and the pair have been seen enjoying themselves together on numerous occasions. This week Cara must have felt she needed a one-to-one with her fellow supermodel, as the pair enjoyed a night out together in London on Wednesday night. Kate, who is mother to her daughter Lila, born in 2002, popped round to Cara’s to pick her up before the pair headed off to enjoy some quality time together. Both models looked relaxed and comfortable, dressed down and practically matching in jeans, leather jackets and black boots. 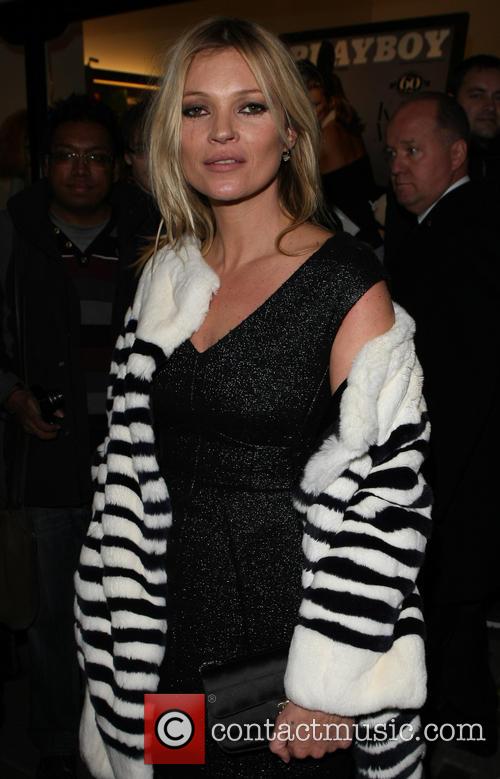 At 40, Kate Moss is still one of the world's most famous models

Kate’s certainly  adept at offering advice as she has dealt with her fair share of troubles over the past few years. Her notorious relationship with rocker, Pete Doherty, was front page news for the two years that they were involved. She was also dropped by Chanel and H&M back in 2005 after her alleged drug use was revealed by the tabloids. Moss was never charged and managed to bounce back to her previous success is barely no time at all.

Both Cara and Kate are signed to the same modeling agency and it’s nice to see that Kate has taken Cara under her wing. Perhaps the model encourages her young friend make the same mistakes she did, or perhaps they just enjoy going out and swapping stories about being world famous super models? Either way, next time Kate and Cara hit the town, we’d really appreciate an invite.