Kate Moss bought best friend Sadie Frost a £25,000 friendship ring for her 48th birthday in a move which has angered in the actress' boyfriend James Gooding, who reportedly feels upstaged. 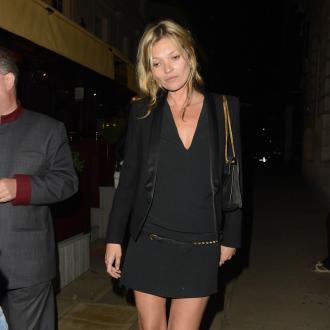 Kate Moss treated Sadie Frost to a £25,000 friendship ring for her birthday.

The model bought her best friend the expensive gift and the actress' boyfriend James Gooding is said to be angry at being upstaged by the ''lavish'' present.

Speaking to the Daily Star newspaper, a source revealed: ''Kate really pushed the boat out for Sadie's 48th birthday.

''They've been friends 15 years and Kate wanted to spoil her but Sadie's fella scoffed when he saw the lavish gift.

''He thinks it's ostentatious and an inappropriate present from one friend to another, especially as it's not even a milestone birthday.''

With Kate making it known she feels James isn't good enough for her friend, he is reportedly certain this is a way to ''put him in his place''.

The insider added: ''James really feels like Kate is stepping on his toes.

''He thinks the decadent gift is a way to put him in his place and show that Sadie's real bond lies with her friends.''

While the star received a ring, her mother Mary Davidson - who babysits for Kate's daughter Lila - and Nick Grimshaw are showing their allegiance to the model after being asked to get matching black cross tattoos.

The Sun newspaper was told: ''The tattoo is a symbol of Kate's trust. Kate and Mary are extremely close - she's like a second mum to Kate and a gran to Lila.''