Kate Moss buys painting of herself

Kate Moss has paid street artist Bambi £50,000 to work on a painting of herself. 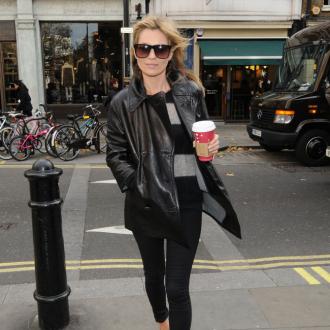 The 39-year-old supermodel commissioned acclaimed street artist Bambi - who has previously painted for stars including Brad Pitt, Rihanna, Adele and Robbie Williams - to produce the oil work, which she requested to be similar to the iconic 'Marilyn' by Andy Warhol.

Kate is said to be thrilled with the piece - an oil painting which depicts the British beauty with bright red lips - and is planning to hang it in her country retreat in the Cotswolds, South West England for all her friends to admire.

A source told the Daily Star newspaper: ''Kate's been wanting to commission a Bambi special for months. She plans to hang it in pride of place in her Cotswolds farmhouse.

''Kate's country pile has a lot more space than her north London home and she has a room full of art.''

Though the artist refused to confirm the hefty price tag paid by Kate - who is married to The Kills rocker Jamie Hince and has 10-year-old daughter Lila from her relationship with Jefferson Hack - they admitted it was ''a five-figure sum'' and Bambi is thrilled by the finished work.

Her agent Leonard Villa said: ''It's one of the best paintings she's ever done.

''It's a take on Warhol's iconic Marilyn and I don't comment on prices but, yes, it's a five-figure sum.''