Kate Moss and Jamie Hince 'over'

Kate Moss and Jamie Hince have reportedly told friends that their marriage problems are beyond repair. 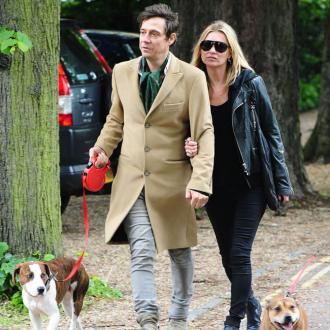 Kate Moss and Jamie Hince's marriage is reportedly ''over''.

The couple - who married in 2011 - are said to have confided in friends that they are not able to repair their relationship problems and The Kills rocker is now waiting for his 41-year-old wife to ''move forward'' with divorce proceedings.

A source said: ''They are properly over as a married couple. It's gone past the point of no return.

''Neither are in any hurry but they both suspect there won't be a reconciliation.

''They accept they'll probably have to make some sort of statement but don't want to feel forced into anything.''

Insiders claim one of the contributing factors to the couple's problems is Kate's jealousy over 46-year-old Jamie's friendships with other women.

Another friend told The Sun newspaper: ''Jamie's been clear that they've not been close for a long time.

''She's always been beyond jealous about his female friends and he was sick of it.''

Mutual friends of the couple are said to have sided with Jamie in the wake of the separation.

One pal said: ''Everyone's rallying around Jamie over it all and feeling very sad for him.

''Hardly anyone seems that concerned that Kate's going through a break-up too. She's burned a lot of bridges over the past few months.''

It was recently claimed Kate - who has 12-year-old daughter Lila from a previous relationship - hasn't seen Jamie ''for weeks'', while he has been spending time with model Lady Mary Charteris and her husband Robbie Furze.

A source said: ''Kate does not like Lady Mary at all and the feeling is mutual. When they have met at functions, Mary has called her 'Croydon Kate' to her face.

''Jamie has spent time at Mary and Robbie's place in London, despite the fact he has a marital home with Kate a few miles away. Things are so bad that they have been avoiding being at their place at the same time. They have not seen each other for several weeks.''