Five Top Models Including Kate Moss, Erin O'Connor And Poppy Delevingne Have Teamed Up With Fashion Designers To Produce Christmas Sweaters For Charity. 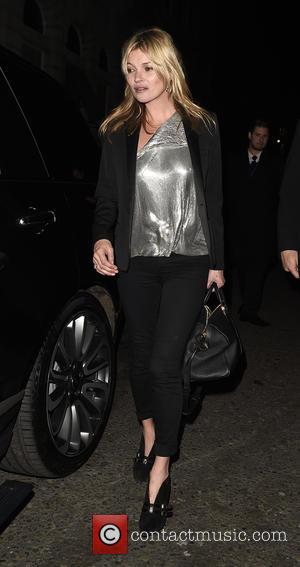 The garments, which will go on sale in aid of international charity Save the Children, have been created by each of the models in partnership with an individual designer.

Kate lived up to her rock chick reputation by creating a jumper with Freud emblazoned with the title of The Pogues' 1988 Christmas classic Fairytale of New York.

"I was trying to think of a good word or phrase to put on a Christmas jumper. But that made my mind go blank," Bella tells Britain's Stella magazine, "And Kate said, 'What about Fairytale of New York?' And that was instantly it. It's such a poetic title, it's romantic - and then there's Shane MCGowan, who is a great friend of ours. It was typical of Kate to come up with the most brilliant phrase."

Erin, who is an ambassador for the charity, revealed that her trips to see impoverished children around the world had motivated her to get involved in helping produce her design.

"Each trip I've made as a Save the Children ambassador has had a forceful impact; it stays with you forever," Erin said, "That's why by doing something like this, we share the message so that everybody who sees it can help."