Kate Moss will celebrate her 40th birthday with a luxury break at Richard Branson's Necker Island, and it is said the star will balance a ''relaxing holiday'' with a ''wild'' bash. 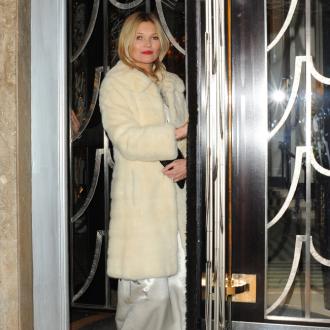 Kate Moss has been given sole use of Richard Branson's luxury island to celebrate her 40th birthday.

The supermodel - who reaches the milestone age on January 16 - has jetted out to his Necker Island paradise with her husband Jamie Hince, but it is said close friends will also join them for the party.

An insider told the Sunday People newspaper: ''Kate didn't want the fuss and bother of London and the drama that comes with it She's decided to celebrate in private.

''It'll be wild though - guests have been told to bring fancy-dress clothing, party gowns as well as beachwear.

''She is absolutely delighted Richard gave her the sole use of his island, she is so touched by his generosity.''

It is said while Kate wants to enjoy a ''relaxing'' break in the British Virgin Islands, she has every intention to have a ''massive'' bash on her ''actual birthday''.

The source added: ''She is planning a nice, relaxing holiday but, at the same time, her actual birthday will be a massive one, just like everyone is expecting.

''Kate has vowed not to let her friends down, she knows how to throw a good party and this will be no exception.''