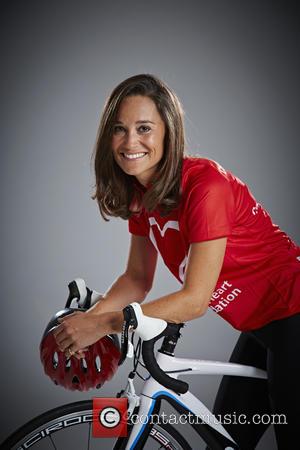 A dress worn by The Duchess of Cambridge's sister Pippa Middleton and a shopping trip with The Saturdays star Mollie King are up for grabs as part of a new celebrity auction.

The red frock, by LK Bennett, and a styling session with King are the major attractions in the online sale, which is being held to raise money for the British Heart Foundation (Bhf).

Other prizes include Vip backstage passes to Graham Norton's hit U.K. talk show and the chance to learn some fancy footwork under the guidance of stars from U.K. Tv hit Strictly Come Dancing.

The auction launched on the Bhf's website on Wednesday (21Jan15) and runs until 10 February (15).