London Is World's Most Fashionable City

London has managed to retain it's most fashionable city in the world title for a second year running thanks to Duchess Catherine and the 2012 London Olympics. 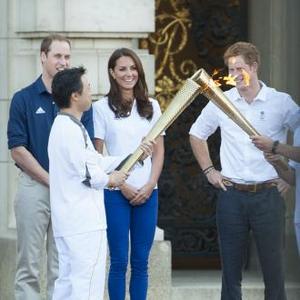 London has been voted the world's most fashionable city for the second year running.

The UK beat off stiff competition from the likes of New York and Barcelona to retain its crown with the recent London Olympics and the Duchess of Cambridge playing a huge part in its success.

US-based analytics company Global Language Monitor conducted the annual poll, compiling the lists after studying various media content, and having Duchess Catherine has been a huge help to London.

Bekka Payack, Fashion Director of GLM, said in a statement: ''London's two-year run has been has been propelled by two rather extraordinary circumstances: the emergence of the former Kate Middleton as a top fashion icon and the recent completion of what have been hailed as an extremely successful Summer Olympics,''

The duchess - formally known as Kate Middleton before her marriage to Prince William last April - has recently been praised for her boost in London fashion by designer Alice Temperley, who said she helped contribute to millions of pounds worth of sales.

The top ten most fashionable cities are: