James Pryce is to style Kate Middleton's hair at her wedding to Britain's Prince William later this month. 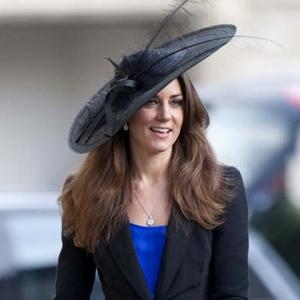 The 33-year-old stylist works for the Richard Ward salon in Chelsea and he will work on her brunette locks on the morning of her wedding to Prince William on April 29.

His boss Richard will style The Hair of both Kate's mother Carole and sister Pippa, who is the maid of honour.

It is expected James - who currently charges £50 for a styling session - will be able to charge higher prices as a result of the job.

A source said: "After the wedding, I expect it will be extremely difficult to get an appointment with James - and that his prices will go up."

However he will be helped by a team of "dressers" on the morning of the wedding, with preparation taking place at the Goring Hotel in Belgravia close to Buckingham Palace.

Although it is not known who will be dressing the bride at her wedding, it is thought British designer Alice Temperley will create the outfits for her bridesmaids, with Pippa seen at her West London studio for three hours earlier this month.