Future royal bride Kate Middleton is set to stay true to her roots by wearing a dress by a British designer when she marries Britain's Prince William next year. 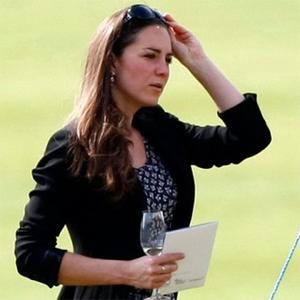 Kate Middleton is set to wear a dress by a British designer when she marries Britain's Prince William.

The brunette beauty's engagement to the future king was announced earlier today (16.11.10) and designers all over the world are now desperate to create her gown, but it is thought she will stay true to her roots and choose someone from her native country.

One designer set to be in the running is Alice Temperley, who says she would be thrilled to get the job.

She told vogue.com: "If we were lucky enough to be asked for this amazing task, I would make her into a true English rose: classic, regal and ethereal. It could be the most amazing dress ever designed - God I would love to do it."

The nuptials will take place in London next year and designer William Tempest would also like to create the coveted gown and has his own ideas what would look good on 28-year-old Kate.

He said: "Kate would look stunning in a long ivory Grecian-inspired dress incorporating drapery but at the same time being form-fitting allowing her to show her amazing figure, similar in some ways to some of the pieces from my latest spring/summer 2011 collection, The Sirens' Song. The look should be clean and effortlessly beautiful."

Other designers reportedly in the running to design Kate's dress when she marries William include Jenny Packham, Suzanne Neville, Christopher Kane and Georgina Chapman.