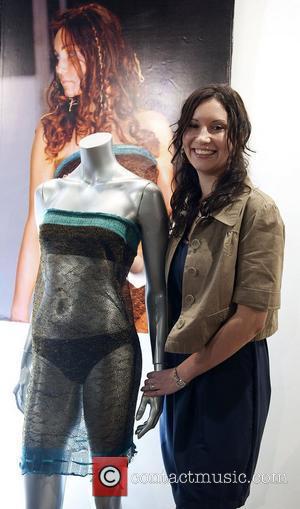 Picture: Charlotte Todd with her dress design as worn by Kate Middleton during a fashion show at St Andrews University in 2002. The dress is going...

Kate Middleton's 'see-through' dress which she wore during a University fashion show, has sold at auction for 78k.
Kate Middleton, the soon-to-be wife of Prince William, has seen a dress she once wore sell for seven times its estimated value, reports the UK's Sun newspaper.The knitted dress, modelled by Middleton while she was a student at the University of St Andrews, went under the hammer in central London today. The frock was expected to fetch around 10k, but ended up selling for 65k plus 13k in auctioneer's fees. The piece was originally intended to be a skirt, but organisers of the fashion show had decided it would work better as a dress. Fashion student Charlotte Todd, who designed the piece, said, "If it is true that my design helped change the Prince's interest in Kate from platonic to romantic as has been reported, then I am pleased to have played a part - however minor. I never would have imagined as I sat knitting this piece that one day it would be so important".
The dress worn by Kate Middleton was auctioned alongside two gowns worn by Prince William's mother Diana Princess Of Wales, which fetched 67k in total.