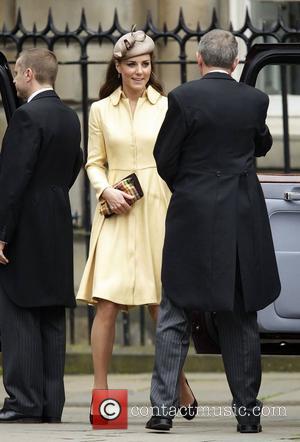 Kate Middleton has become the latest to suffer at the hands of America's long held mockery of British teeth, after the front cover of their political magazine The New Republic showed a picture of the royal possessing a smile of some somewhat gnarly looking teeth. Now, we all know that Middleton has one of the finest smile in Britain and that this picture of her is somewhat short of the truth.
No surprise either to see that the UK's Daily Mail is outraged at the cover, and pointed out that the Duchess of Cambridge had spent thousands on getting her gnashers fixed up last year, dentist Bernard Touati explaining that she had some "micro-rotations". He went on to insist "That's why they look so good - because they are not perfectly aligned. The problem in the United States is they have very artificial vision. But what we like is a natural healthy smile, but not artificial."
Of course many view the photo as satire, the picture explanative of the wider issue within the magazine that is the current state of the UK ahead of its hosting of the Olympics - and Britain itself is no stranger to jibing its younger cousins in print - but nevertheless the outrage has come thick and fast.