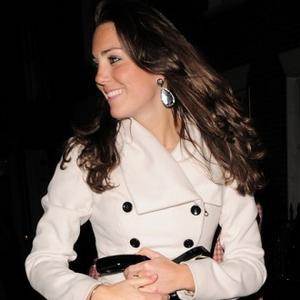 There had been speculation the 28-year-old future queen - who is set to marry Prince William on April 29 - would choose her favourite label Issa to design the gown but designer Ben de Lisi is adamant Bruce has been handed the task.

He told Britain's Telegraph newspaper: "There are lots of rumours, but I've heard it is Bruce Oldfield.

"I'm absolutely certain I won't get chosen; I'm sure I'm not in the running."

American-born Ben - whose gowns have been worn by Kate Winslet, Helena Bonham Carter and Angelica Huston - also revealed he feels sorry for Kate because the whole world will be waiting to judge her wedding outfit.

He said: "Kate has to do what's right for Kate. It's never going to be easy for her because the whole world is looking at her. She has a lot of boxes to tick.

A spokesman for Bruce - who designed the wedding dress for Britain's Prime Minister David Cameron's wife Samantha, and was also a favourite of William's late mother Princess Diana - denied an official offer had been made saying: "Bruce has no comment on that. It's just Ben's opinion."