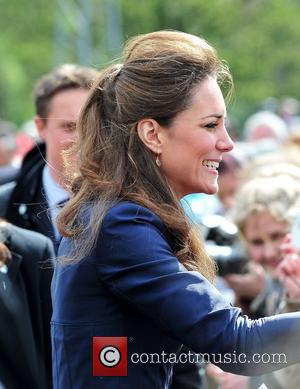 Kate Middleton - 29-year-old bride-to-be Kate Middleton was said to be "relaxed and excited" as she attended a rehearsal for the Royal Wedding today, reports the UK's Daily Telegraph. Kate Middleton was guided through the mock service by the Dean of Westminster, Rev John Hall.
Middleton, who will marry Prince William on 29th April 2011, was also joined by her sister Pippa Middleton. The bridesmaids and page boys were also present for the rehearsal, which came shortly after St James's Palace issued a minute-by-minute timetable of the wedding day. The scheduled confirms that Prince William will have to wait at the Abbey for 45 minutes before the arrival of Middleton. The royal party arrived at the venue this morning via a side entrance at 8.45am. A witness said Miss Middleton was "casually dressed", adding, "Certainly the youngsters were quite excited. It is a big event for them". A spokesman for the Abbey said, "There was a walk-through of bridesmaids and pages this morning at the Abbey, at which Catherine Middleton and Prince Harry were present. They were here for 30 minutes and were welcomed by the Dean of Westminster, the Very Rev Dr John Hall, who guided them through the service".
Kate Middleton's fiance Prince William could not attend the walk through because he is on duty at his Raf Search and Rescue Station, however, the couple plan to rehearse together nearer the wedding.