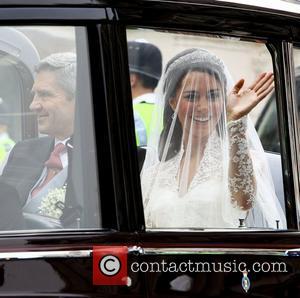 Following their whirlwind year that included a Royal Wedding watched by an estimated 1 billion people worldwide, the Duchess of Cambridge Kate Middleton and her husband Prince William look to have a relaxing schedule ahead for the Christmas period.
Though the couple are yet to officially announce their plans, insiders have told E! News that Will and Kate are likely to join the rest of the royal family at Sandringham - the Queen's estate in Norfolk, England. However, the get-together is strictly limited to the royals and will not include the Middleton family, though sister Pippa Middleton is expected to travel to the estate to spend Boxing Day with Kate, William and her close friend Prince Harry. Her appearance at Sandringham will coincide with the annual pheasant shoot, usually restricted to members of the royals - though an exception has reportedly been made for Pippa. After the Christmas festivities, Kate and William are likely to see in the New Year with Prince Charles and Camilla at Birkhall - their private residence in Scotland.
Following their historic wedding in April 2011, the royal couple returned to live on Anglesey in North Wales, where Prince William is based as an Raf Search and Rescue pilot.