The Duchess of Cambridge, Catherine, is pregnant with her second child with husband Prince William, Kensington Palace has confirmed. However, the 32-year-old is currently being treated by doctors as she is suffering from severe morning sickness, as she did with her first pregnancy. 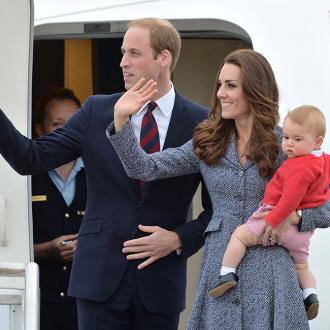 The Duchess of Cambridge is pregnant.

The 32-year-old is expecting her second child with Prince William, following the birth of the couple's son Prince George on July 22, 2013, Kensington Palace has announced.

''The Queen and members of both families are delighted with the news.''

It is believed that the announcement was rushed out before the standard 12-week mark to avoid rumours surrounding the Duchess' absence from a scheduled trip to Oxford today.

The pretty brunette was due to open a building for Chinese studies yesterday with her husband but was unable to attend due to a severe bout of morning sickness.

The statement continued: ''As with her first pregnancy, The Duchess is suffering from Hyperemesis Gravidarum.''

Duchess Catherine previously suffered from the unfortunate side-effect when she was expecting Prince George which led to a short stay in hospital in December 2012.

She is currently residing at home in Kensington Palace where she is being treated by doctors.