Did Kate Middleton Need David Cameron To Defend Her Against Hilary Mantel's Remarks? 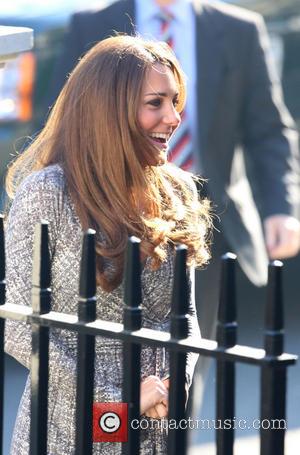 Hilary Mantel swiftly became the darling of the literary world late last year as she won her second Booker Prize with Bring Up the Bodies, the second in a historical trilogy about Thomas Cromwell and the Tudor family, But her popularity on a broad scale has been knocked today as the comments she made about Kate Middleton being 'plastic and 'machine made' for breeding came to light, the BBC reports.

Mantel's speech, at a lecture last month, was if nothing else, delightfully eloquent. Perhaps her greatest downfall was to compare her in so biased a manner to Prince William's mother, Princess Diana. "[Kate] appears precision-made, machine-made, so different from Diana whose human awkwardness and emotional incontinence showed in her every gesture," the author said.

Jumping to Kate's defence, Prime Minister David Cameron spoke on the matter: "What I've seen of Princess Kate at public events, at the Olympics and elsewhere is this is someone who's bright, who's engaging, who's a fantastic ambassador for Britain. We should be proud of that, rather than make these rather misguided remarks."

It appears that, while some of Mantel's comments were perhaps worded less than generously to the Duchess, it is in fact Cameron (and others who agree with him) who are misguided in their thoughts. Mantel's lecture was called 'Undressing Anne Boleyn' and was about female royals through history and how they have been looked upon and received publicly. Her comment about Kate being "designed to breed" followed an observation about the press' representation of the newest member of the royal family; "They [the press] will find that this young woman's life until now was nothing, her only point and purpose being to give birth."

Indeed, it seems that much of Mantel's lecture was in fact an attempt to re-empower royal women by showing how that power has been ripped from females in monarchical contexts historically. It is not Mantel removing that power from Kate, the Prime Minister does it far more so in feeling it is his duty to speak in defence of Kate, rather than let Kate be more than a machine, more than a mannequin, and have a voice of her own.

"It may be that the whole phenomenon of monarchy is irrational, but that doesn't mean that when we look at it we should behave like spectators at Bedlam," Mantel said in her lecture, adding that although beheadings of "royal ladies" no longer take place, "we do sacrifice them, and we did memorably drive one to destruction a scant generation ago".