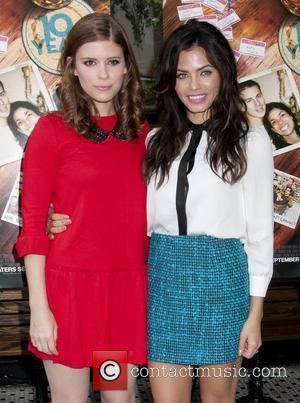 Actress Kate Mara has reportedly split from Justin Long and rekindled her romance with her ex-boyfriend Max Minghella.

The Iron Man 2 star broke up with Minghella earlier this year (12) after a romance dating back to 2010, and was subsequently pictured on date with Long in New York.

But it appears the couple's rumoured romance has fizzled out - editors at U.S. magazine Life & Style report Mara is back with her ex after she and Minghella were spotted holding hands while promoting their new movie 10 Years in New York over the weekend (15-16Sep12).