Kate Mara will star opposite Johnny Depp in 'Transcendence', the forthcoming sci-fi film from cinematographer Wally Pfister and executive produced by Christopher Nolan. 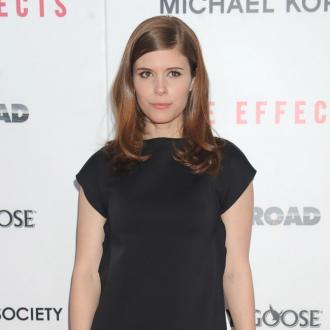 Kate Mara will star opposite Johnny Depp in 'Transcendence'.

Although plot details for the project are being kept under wraps, the sci-fi movie is expected to centre around a scientist whose brain is uploaded into a supercomputer to create the world's first free-thinking machine.

Mara recently starred in Netflix drama 'House of Cards' and her previous credits include 'Shooter', 'American Horror Story' and the forthcoming movie 'Deadfall' with Eric Bana and Olivia Wilde.

Ironically, the actress' younger sister Rooney Mara, best known for playing Lisbeth Salander in David Fincher's adaptation of 'The Girl with the Dragon Tattoo', was considered for the role that eventually went to 'Iron Man 3' star Hall.

The film is being produced by Alcon Entertainment and distributed by Warner Bros.

The script was written by Jack Paglen, while the screenplay was developed by Annie Marter and Straight Up Films.