Varco the German Shepherd stars as Rex in the new movie

The drama Megan Leavey is based on the true story of the eponymous US Marine corporal's relationship with her military combat dog Rex, whose job was to sniff out explosives in Iraq. After her tour ended, Leavey learned that most combat dogs are put down, so she had to campaign to adopt her dog.

Kate Mara and Varco in the movie Megan Leavey

The film stars Kate Mara as Leavey, and the actress admits that playing the role was a challenge. "Because of the subject matter, it was emotionally the most difficult part I've played," she says. "It's always a little bit tricky playing real people. Obviously, you feel an extra sense of responsibility, and this one specifically just felt extra special, probably because when I met the real Megan Leavey, I just felt like I knew her instantly, like we'd been friends, like we grew up together or something.

Mara particularly enjoyed that this movie was about her character's relationship with her dog, rather than the usual romance. "We don't need a love story in a movie," she says. "We don't need the guy to sweep her off her feet, because that's not what always happens, and it's certainly not what happened in real life. In reality, what happened is she formed this bond with this animal that changed her life completely, and she was willing to put it all on the line for him, and that was the most important thing to her." 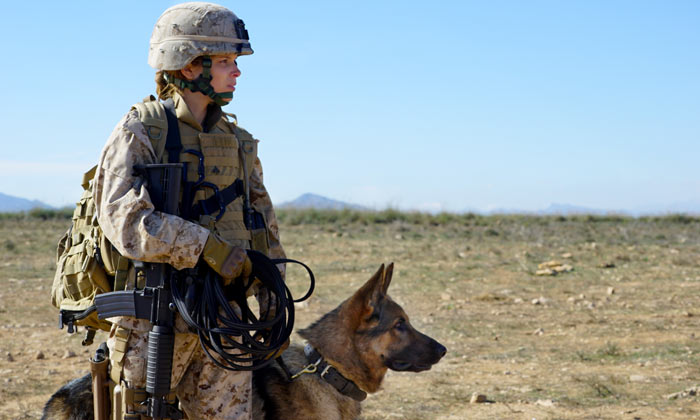 Rex is trained to find landmines

In playing Leavey, Mara also had the chance to bond with Varco, the German shepherd who played Rex. "We had really good chemistry, which you never know will happen," she says. "People say, 'Don't ever act with kids and dogs.' But I played a mom in a couple different movies, and it was such a good experience. There's something similar in children and in dogs, where they really can't be anything but honest. They have to trust you; you can't fake it. And they teach you empathy and compassion."

The bigger risk was that Varco would steal the show. "He was constantly outshining me," Mara laughs. "Usually his takes were best on the very first one, so everyone had to be super-prepared from the second we stepped on set."

The actress, who has two dogs of her own, hasn't been able to see Varco since production wrapped. "I don't have his number. I don't know what he's up to these days," she says. "I hope he's living on a ranch and running around and just being a dog!"

Watch clips, featurettes and the trailer for Megan Leavey 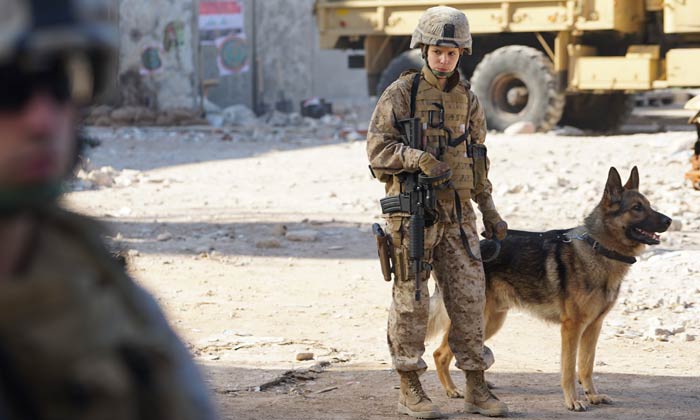 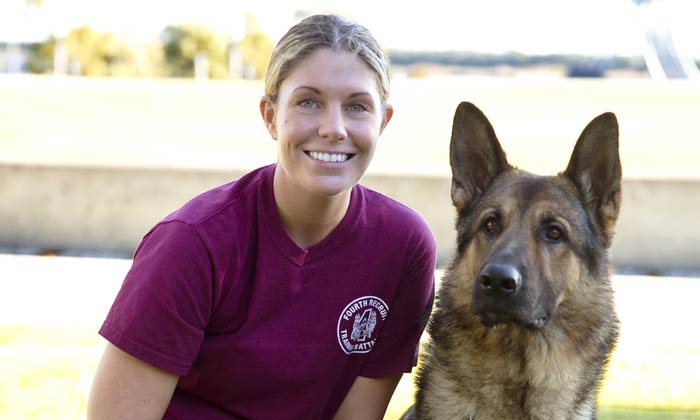