Kate Hudson's mother Goldie Hawn has revealed doctors thought the actress was a boy when she was first born. 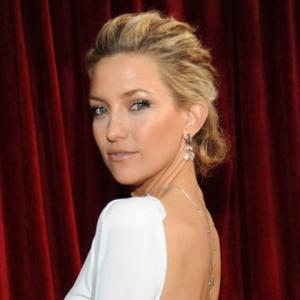 Doctors thought Kate Hudson was a boy when was born.

The stunning actress was honoured at ELLE's 17th Annual Women In Hollywood Tribute on Monday (18.10.10) and while introducing her 31-year-old daughter, Goldie Hawn revealed the medics' mistake.

Goldie also admitted she had not planned to name her daughter Kate until she revealed herself to be feisty even before she was born.

She explained: "I was on the 405, and she was inside me, and I was fooling around, and I felt really good, about eight months pregnant and I was going to name her Rebecca because it was biblical and romantic and gentle. All of sudden, she punched me so hard in my you-know-where. I screamed and I said, 'Oh my God. This is a Kate, not a Rebecca! She is a Kate!' "