Kate Hudson refused to let fiance Matt Bellamy film her giving birth to their son, Bingham, because she didn't want him getting too close to her intimate parts. 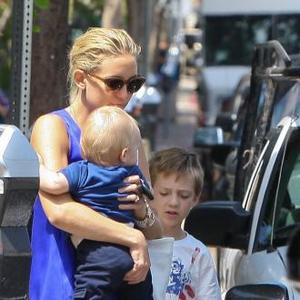 The 'Almost Famous' actress and the Muse frontman welcomed their little boy, Bingham, into the world 14 months ago and Kate admits she didn't want Matt getting to close to her intimate parts while she was in labour.

Kate - who was also joined in the delivery room by her mother, Goldie Hawn - was in labour for 18 hours but she admits little Bingham was worth all the pain, sweat and tears.

She told talk show host Ellen Degeneres: ''It was pretty intense, but it was incredible, and Matt was just amazing.''

Matt recently revealed how he was horrified at the birth and wishes someone had prepared him for how gory it would be.

He said: ''I don't understand why no one had warned me about how horrible it would be.

''The baby's head was weirdly elongated when it came out. That freaked me out a bit.''