Kate Hudson admitted she would have dated Jimmy Fallon if he'd asked her out when they worked on 'Almost Famous' back in 2000.

Kate Hudson would have dated Jimmy Fallon if he'd asked her out 20 years ago.

The 41-year-old actress - who worked with the late night talk show host on 2000 movie 'Almost Famous' - has opened up after the 45-year-old star admitted he had a crush on her at the time.

Appearing on 'The Tonight Show' via video chat, she said: ''Can I just tell you what happened to me as I was listening to this?

''I was like, Jimmy... I had no idea like there was no... like I wish people could have been in my body to watch you and I's relationship and friendship because... you gave me no indication.''

Altough Jimmy insisted he ''gave a little indication'', he was clearly too subtle as Kate insisted she'd have ''totally gone there'' if he'd made himself more obvious.

She laughed: ''Jimmy, if you would have actually made a move, I would have totally gone there.

''I remember thinking to myself, why has Jimmy never made a move? And then I just kind of realised, 'Oh, he's not into me like that.' And so, then I met Chris [Robinson].''

Kate was married to the Black Crowes frontman for seven years until their divorced was finalised in 2007, and together they have son Ryder, 16, while she also has eight-year-old boy Bingham with former husband Matt Bellamy and 18-month-old daughter Rani with current partner Danny Fujikawa.

Talking about first getting to know Jimmy, she added: ''No, it is [the story] because I was a single girl, I was in New York. Life was what it is was. Who knows? Our life trajectory could have been different Jimmy!''

However, talk show host Jimmy - who has two daughters with his film producer wife Nancy Juvonen - pointed out that things worked out for the best.

He said: ''Everything turned out perfect.'' 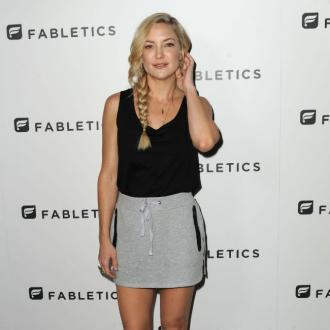 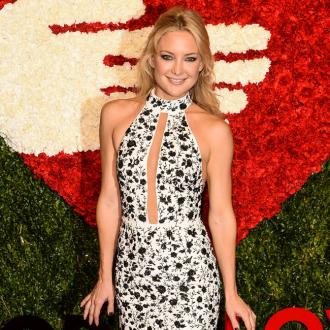