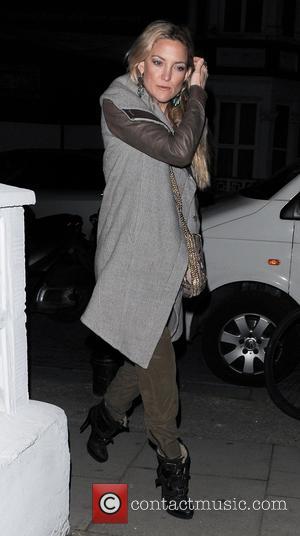 Actress Kate Hudson feared her surprise pregnancy would put a strain on her relationship with Muse rocker Matt Bellamy because she discovered the "shocking" news just two months into their romance.

The Almost Famous star announced she was expecting her first child with Bellamy in January, 2011 and the Hollywood beauty admits it was a stressful time for the new couple.

She tells Britain's Elle magazine, "It was all very old-fashioned and proper and we went on lovely dates, but two months later I was pregnant. I was shocked, but I also thought: 'This is going to be interesting.' I knew it would take a strong man to deal with it.

"You know that with a relationship things can go either way when you have a child. When you get pregnant everything changes; you, your body. Everything becomes a big decision, but he was there and that was that."

The pair became engaged three months later and that summer (Jul11) Hudson, who also has a nine-year-old boy with ex-husband Chris Robinson, gave birth to a son, Bingham - and the couple is still together.

She adds, "Now it's three wonderful years later. Things happen for a reason."

Hudson insists her relationship with Bellamy is stronger than ever, but they likely won't wed in the near future: "We will get married. I do think it's important but we have no plans. Ryder wants a party."