One magazine outlet claimed Kate and Brad had moved in together.

Sharing a photo of a Star magazine cover which claimed Kate and Brad have moved in together, and quoted his mother Goldie Hawn as saying, “He makes my daughter so happy!” Oliver joked that things weren’t going very well between him and Brad. 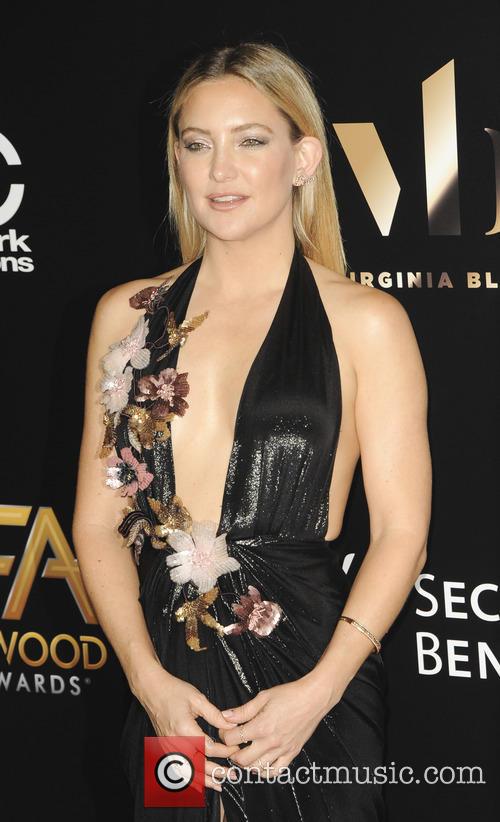 “Yeah and it's been hell!! He's messy as shit! He drinks out of the f***ing carton and leaves the door open when he's taking a dump!! And this is when he's at MY house!!!” Oliver wrote.

“He's already calling me brother and has driven a wedge between myself and my real brother Wyatt who now won't speak to me.. he insists my kids call him uncle B and lost my youngest at the Santa Monica pier for 2 days.. thank god for amber alert."

“My mom's overtly flirting with him! She/s wearing these little nighties around the house now?! But ALL DAY!! Like at 3pm! And Pa just keeps saying 'All right!! It's Brad Pitt!!' Anyway not going well,” Oliver continued.

Kate and Brad were first rumoured to be dating last year, following the actor’s split from wife Angelina Jolie. In November Australian magazine Woman’s Day reported that Kate was Brad’s ‘mystery woman’ and the couple had been having ‘secret meet-ups’.

Last week Kate’s mother Goldie Hawn was asked about her daughter’s rumoured romance by photographers while leaving a Hollywood restaurant. As photographers shouted, “you must be thrilled that Kate’s dating Brad Pitt?” and “are you ready to have Brad as a son-in-law?”, the 71-year-old simply laughed.