Kate Hudson is ''looking forward'' to getting married, even though she and Matt Bellamy still haven't set a date. 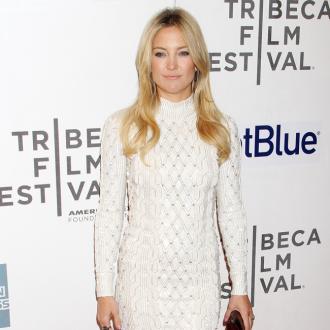 Kate Hudson is ''looking forward'' to getting married.

The 'Reluctant Fundamentalist' actress - who was wed to Black Crowes singer Chris Robinson from 2000 to 2007 - has been engaged to Muse frontman Matt Bellamy for almost two years, and though they still haven't set a date for their nuptials, she insists they will tie the knot as soon as their busy careers allow it.

She told 'Extra': ''I look forward to it. We'll both figure it out. We've been both very busy, but it will happen.''

Kate has sons Ryder, nine, with Chris, and 21-month-old Bingham with Matt and is delighted in how her younger boy is progressing and developing.

The 34-year-old actress recently revealed that Bingham is showing signs in following in his dad's musical footsteps as he is ''obsessed'' with drumming.