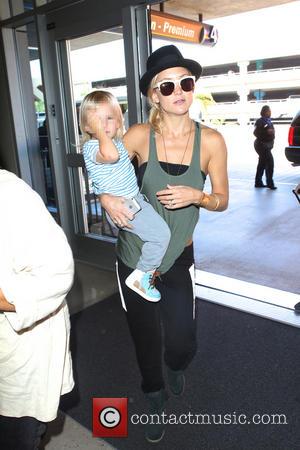 Actress Kate Hudson and her fiance Matt Bellamy celebrated Halloween early at the weekend (26Oct13) by staging a GAME OF THRONES-themed costume party in Los Angeles.

The couple opened up its Pacific Palisades home, which was decorated to look like a Game of Thrones set, for the star-studded bash and dressed up as a wildling woman from the fantasy Tv series and Kit Harington's character Jon Snow.

Hudson's mum Goldie Hawn and her longtime partner Kurt Russell came dressed in traditional German attire, while the hosts' pal Bradley Cooper arrived on a motorbike dressed as a gorilla, with his girlfriend Suki Waterhouse.