Kate Hudson has joined the cast of Zach Braff's new movie 'Wish You Were Here' playing the 'Scrubs' star's wife. 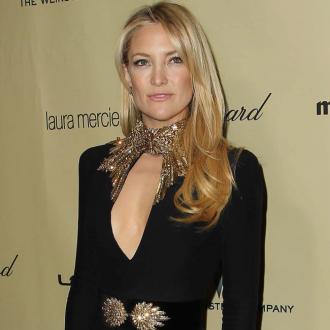 Kate Hudson has joined the cast of 'Wish You Were Here'.

The 'Fool's Gold' actress will star as Zach Braff's wife in the film, which the 'Scrubs' star will also direct and has co-written with his brother Adam.

'Wish You Were Here' sees Braff play Aidan Bloom, a struggling actor who is having trouble providing for his family and finding his identity. When his father (Mandy Patinkin) falls ill and can't pay for his kids' schooling, Aidan decides to teach them, despite having a lot of learning to do himself.

Josh Gad and Anna Kendrick are also part of the cast for the film, which will shoot in August and be released in September 2014.

The project has been funded through website Kickstarter, where fans raised the target $2 million in three days.

In return for donations, supporters were offered incentives including personal copies of the script to access, weekly behind-the-scenes video, invitations to the premiere and even a speaking role in the film.

Hudson was last seen in 'The Reluctant Fundamentalist' and will next appear in 'Clear History'.