Kate Hudson Has Shed Light On Her Split From Fiance Matt Bellamy, Admitting They Had "Different Visions" For Their Life. 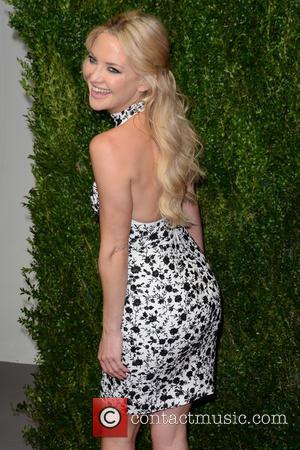 The actress and the Muse rocker confirmed they had ended their engagement in December last year (14), and Kate has remained silent about the break-up until now, revealing they had to part ways because they couldn't agree on certain things.

"Relationships ending are painful," she said in an interview with Allure magazine. "And you can choose to carry that or you can choose to reframe it. If Matt and I had a great relationship, we would still be together, but we chose to move on because we had different visions of how we wanted to live our lives.

"That doesn't mean, though, that we can't rebuild something that would be the best thing for the kids."

Kate has 11-year-old son Ryder with her ex-husband Chris Robinson and Bingham, four, with Matt, and although Matt and Kate are no longer romantically involved, they have remained on good terms for the sake of their family unit.

Kate claims the change in their living arrangements has been easy for everyone to adjust to, explaining, "We said, 'We need to try to create something for the kids where they feel like they're gaining something rather than losing something. It's been a seamless transition. Kids just want to see their parents be cool. Everybody's cool; everybody's good.

The 36-year-old actress wants her children to have an encouraging male role model in their lives, and she realises the importance of this since she has such a close relationship with her stepfather Kurt Russell, the long-term partner of her mother Goldie Hawn.

"Being someone who has come from a broken family and has a stepfather, I really benefited from having that very consistent (presence) in my life," she added. "And it's something I am mindful of and want in my life."